When I was a little kid, the very first time I heard and understood about the word of “Ambassador” is particularly related to governmental and/or international political purpose, as simple as, a diplomat.

But actually the idea of Ambassador is more than that. It works for brands, corporates, and any other institutions which they think it is required one or more to present their organisation. So, we can see the real definition of Ambassador is actually a representative and it’s certainly a part of brand marketing strategy through brand ambassador program.

It was back in 2017 during my second year in university, when I had had enough to explore the activities inside my campus and then I think I had to spread my wings for a wider horizon. I got to know about this ambassador program from JanSport Indonesia. The catchy and famous backpack that you might have always seen in movies, like Twilight? It’s a go-to bag for Bella Swan.

Long story short, of all hundreds of application to be JanSport Indonesia’s Campus Ambassador, there were 6 students got accepted for this opportunity included me. I experienced a lot of privileges where it also became my very first meeting in an office, and I had the chance to raise my ideas directly with the President Director which he also bought the ideas!

Before going farther, let me tell you some insightful intermezzo around brand ambassador program that have been implemented for decades, especially when the usage of social media got spikes year to year then this program gets even more influential and caught brands’ attention to do the same thing. But if every brand does the same, where’s the unique point? One of the best practices of brand ambassador program is implemented by The Coca Cola Company in 2016 which was led by Christy Amador as Coca Cola’s Sr Communication Manager. The program empowered its 700,000 employees worldwide to represent and promote the Coca-Cola brand. But what’s the catch?

Back to the brand ambassador program implemented by JanSport, the contract ran for one full year with 5 activities in total per quarter. Each of the ambassadors will be assigned to raise and develop deeper plans as the main idea will be thrown as trigger from JanSport.

We also needed to learn about the history of JanSport where it was founded by three friends, an outdoor enthusiast Skip, an engineer Murray, and an accomplished seamstress Jan in 1967 in Seattle, Washington, USA. The name of JanSport was named after “Jan”, Janis Lewis who became the wife of Murray as he promised if the brand was a success and it did!

Regular monthly meeting where each of the ambassador needed to reach certain KPI so we can have the agreed reward, also one of the best privilege is we are able to be creatively looking cool by attending and creating activities. But it’s not always about fun, looking cool, and flexing the title of Ambassador on social media, we have to be responsible of the budgeted numbers too, how much will proposed activities impact to the business and how much of the content performances can be converted to sales? how do we independently create our own organic content with high engagement every month? it’s all about how we crack our performance to be eventually appointed as the Best Ambassador in the end of the year.

Here are some activities include the consolidated organic contents that we create during the program, 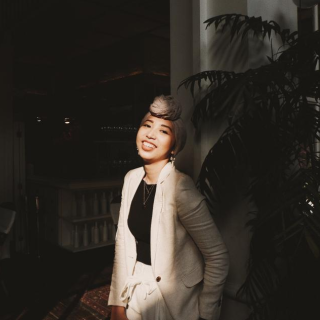